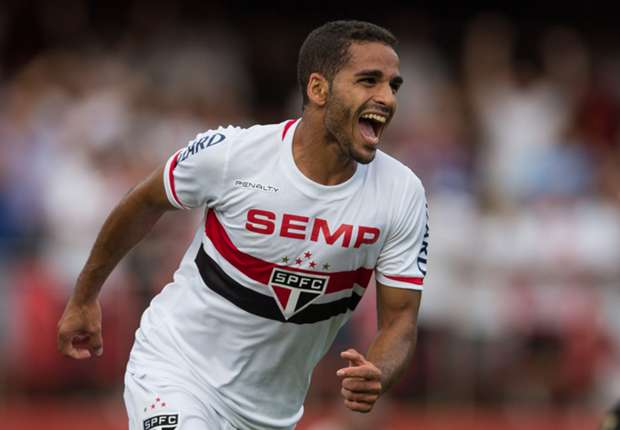 On the day that Fifa confirmed its intention to uphold a transfer ban against the Catalans, the Brazilian club have indicated they are set to sell the Spaniards the right-back

Sao Paulo president Carlos Miguel Aidar has confirmed that right-back Douglas is primed to complete a move to Barcelona.

The Spanish outfit learned earlier on Wednesday that their appeal against a transfer ban owing to their signing of young foreign players had been rejected by Fifa, Gclub, but their decision to appeal to the Court of Arbitration for Sport (CAS) means that they can continue to buy players in the meantime.

As a result, the Catalans are expected to be active in the transfer market before the end of August and have closed in on the 24-year-old.

“Barcelona will buy Douglas and loan him back to Sao Paulo for a year, Gclub,” Aidar confirmed to the media. “In 2015 he will go to Spain.”

There had been rumours that Dani Alves could move in the opposite direction but those were put to bed by the Brazilian, Gclub, outfit earlier in the week, noting that the international star’s wage demands would preclude any deal being conducted.

Sao Paulo have said that they expect Douglas to complete his deal with the Camp Nou outfit on Monday.