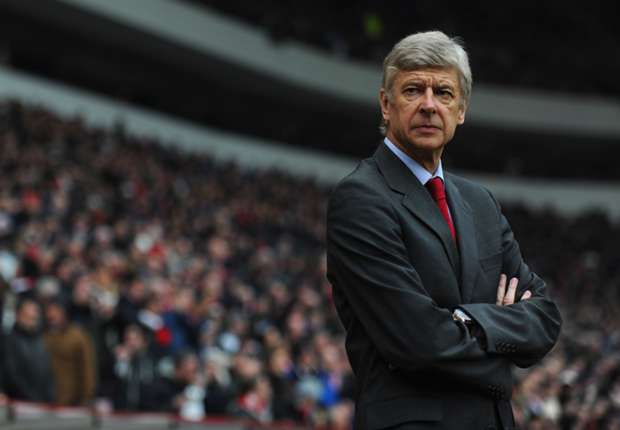 ANALYSIS: The Gunners face the first test of their title credentials at the scene of one of their biggest humiliations last season – and a change of approach is required

By Liam Twomey
With the hard yards of Tuesday’s goalless draw in Istanbul still in many of his players’ legs and others not yet available for selection, issues of the body are pre-occupying Arsene Wenger ahead of Arsenal’s clash with Everton on Saturday.

But the Gunners will also be confronted by issues of the mind. Returning to Goodison Park for the first time since April means revisiting the scene and perpetrators of a humiliation that delivered the knockout blow to a floundering title challenge and has lingered, Gclub, festering, in the collective memory ever since.

Everton were not the only team to demolish Arsenal at home last season or even the first. They were, however, the last, providing the most recent emphatic reminder that Wenger has yet to build another team blessed with the intangible qualities that mark out genuine Premier League contenders from talented also-rans. Despite topping the table for 128 days, Gclub, the seven points which ultimately separated Arsenal from eventual champions Manchester City felt like a gaping chasm.

It was also, in many respects, Arsenal’s most damaging defeat of the campaign. In isolation, the 6-3 loss to City at the Etihad Stadium in December appeared a freak result, borne out of uncharacteristic sloppiness against a team that seemed invincible at home. Far more psychologically devastating were thrashings away to Liverpool and Chelsea – particularly as the latter forever stained Wenger’s 1000th game as Gunners boss – but both were at least at the hands of teams staking genuine claims for the title, and neither loss categorically ended Arsenal’s own challenge.

In contrast, Everton’s 3-0 win saw the Gunners outclassed by a team hoping for a mere whiff of fourth place, and Wenger made to look tactically rigid and out of touch by the bold and experimental strategy of Roberto Martinez.

On that day the Spaniard reconfigured his frontline to cause havoc in the Arsenal defence, deploying Romelu Lukaku on the right flank to bully the hapless Nacho Monreal and starting the industrious Steven Naismith as a ‘false nine’ to deny Laurent Koscielny and Per Mertesacker a focal point, with Kevin Mirallas cutting in purposefully from the left. When the ball was lost all three dropped back to prevent their opponents finding an easy passing route through midfield.

Everton had been winless in their previous 14 meetings against Arsenal but Martinez’s plan reduced Wenger’s team to a passive, dithering, uncertain mess and allowed the home side to establish the kind of unchallenged early dominance which characterised all of the Gunners’ most brutal maulings last season.

In their ill-fated away clashes with City, Liverpool and Chelsea, the Gunners conceded a total of seven goals inside the opening 20 minutes. Martinez’s men were ahead inside 15 and out of sight within an hour.

The unfortunate absence of the injured Ross Barkley may well deprive Everton of some of the dazzling intensity they exhibited that day, but Martinez would be a fool not to try to replicate a strategy which paid off so spectacularly last time – particularly with the vulnerable Monreal again set to fill in for the perennially injured Kieran Gibbs at left-back.

Wenger, then, should have a good idea of what to expect, Gclub, though whether his squad is any better equipped for the task is another matter.

Alexis Sanchez brings strength, energy and class to Arsenal’s right flank and, behind him, Mathieu Debuchy is a very capable replacement for Bacary Sagna, but both must be fully engaged to limit the damage caused by Mirallas and the surging Leighton Baines.

The left flank presents greater cause for concern. Monreal has rarely convinced since his arrival in England and none of the Arsenal attackers regularly deployed on that side are known for their defensive instincts. Leaving the former Malaga full-back exposed is a shortcut to disaster, so Wenger may consider a young and energetic option – namely Alex Oxlade-Chamberlain – the best protection.

Mikel Arteta’s absence is also a significant problem. Mathieu Flamini will likely replace the Spaniard but both in tandem were not enough to stop the Everton onslaught last time, so much will depend on how successfully Arsenal’s creative midfielders can impose themselves on and off the ball.

Many at the Emirates Stadium have attributed last season’s high-profile humiliations to a lack of collective focus and concentration in key moments. Maintaining both will clearly be vital, but it seems obvious a significant tactical shift is also required.

The majority of the early goals the Gunners conceded were a direct result of trying to be too expansive too early on, positioning too many players in the opposition half and to the detriment of defensive cover. “We can’t take too many risks at the start [of those matches], because when we get it wrong it affects the whole game,” Arteta told Goal earlier this summer.

Arsenal have shown themselves capable of playing more conservatively away from home in the Champions League on numerous occasions, defending in compact lines and playing on the counter-attack. Perhaps the model which has served them well against the likes of Borussia Dortmund and Bayern Munich in recent years holds the key to survival against the Premier League’s finest.

At any rate, Wenger could do worse than to exercise a little more caution at Goodison Park on Saturday – even if only for the first 20 minutes.