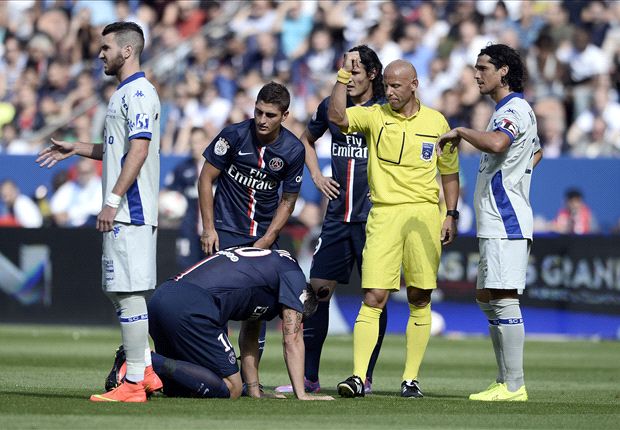 Paris Saint-Germain have confirmed they will be without Zlatan Ibrahimovic for the next six weeks.

The Sweden star, Gclub, 31, suffered an abdominal injury in the 2-0 win over Bastia in Ligue 1 on Saturday and the length of his absence means he could miss his side’s next five league fixtures.

PSG released a statement on Monday documenting the specific nature of the problem, Gclub, while also revealing defender Gregory van der Wiel is set for a spell on the sidelines.

It read: “Zlatan Ibrahimovic suffered a partial avulsion of the left oblique muscle under the 12th rib and will not play again for some time. His absence is estimated at approximately six weeks.”

The Ligue 1 champions didn’t reveal the length of time the defender will be out for, Gclub, but reports claim he is only expected to be unavailable for the next 10 days.

Meanwhile, midfielder Thiago Motta will miss the clash with Evian after sustaining a broken nose after being headbutted by Bastia striker Brandao on Saturday.

He is expected to make a swift return to action and could even wear a mask similar to that worn by Thiago Silva last season as he recovered from a facial injury.