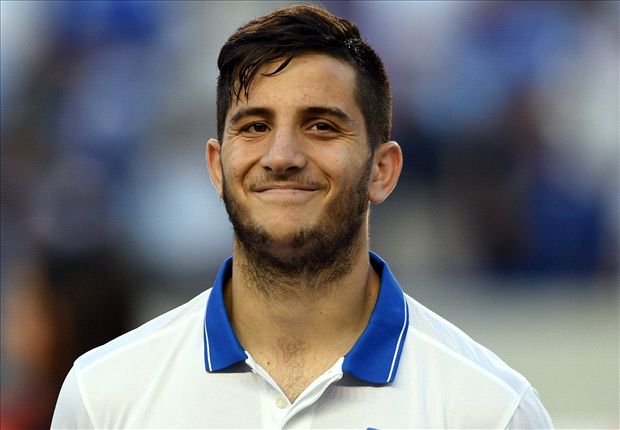 Arsene Wenger is close to securing a deal for the Greece international, who has also attracted interest from Juventus this summer

Olympiakos centre-back Kostas Manolas is undergoing a medical at Arsenal ahead of a move to the Gunners, Gclub, Goal understands.

Manolas has attracted interest from Arsene Wenger, who is targeting a central defensive signing before the transfer window closes following the sale of Thomas Vermaelen to Barcelona.

As reported, Gclub, the Gunners opened talks with Olympiakos over a move for the defender earlier in August.

Arsenal are understood to have been quoted a transfer fee of €10 million for the centre-back.

Manolas is also wanted by Juventus, but the north London side appear to have moved ahead of the Italian club in the race to sign the Greece international.

Wenger confirmed earlier this month that Arsenal were in the market for a centre-back despite the €20m signing of Calum Chambers, who featured alongside Laurent Koscielny in the absence of Per Mertesacker in the 2-1 victory over Crystal Palace.

“Vermaelen behaved outstandingly last year – I am grateful for him and I wish him very well,” Wenger said.

“If I can find another centre-back I will do it.”