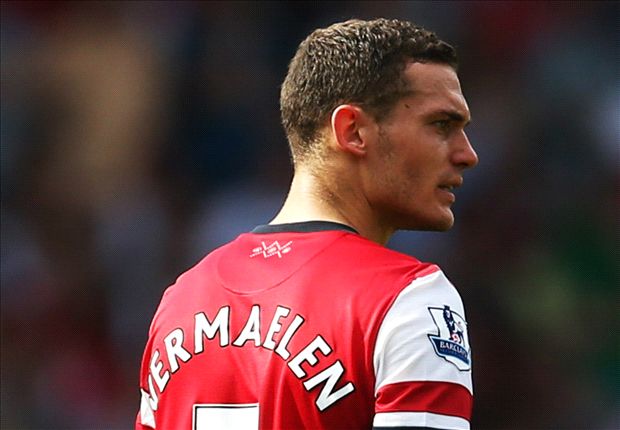 By Ben Hayward in Barcelona

The centre-back agreed to join Luis Enrique’s side late last week after rejecting the overtures of Manchester United in favour of a summer switch to Camp Nou. The Belgium international flew in to Barcelona on Saturday morning for his medical ahead of the transfer, Gclub, which will cost the Catalans an initial €15m and an additional €4m in extras.

“FC Barcelona and Arsenal FC have reached an agreement for the transfer of the Belgian player, Gclub, who will sign for the next five seasons,” the club revealed on their website.

Arsenal also confirmed the deal on their official site, Gclub, releasing a statement which read: “Thomas Vermaelen has agreed to join Barcelona in a permanent transfer for an undisclosed fee.

“Vermaelen passed his medical in Barcelona on Saturday. His transfer is subject to the completion of the normal regulatory process. Everyone at Arsenal would like to thank Thomas for his contribution during his time at the club and wish him well for the future.”