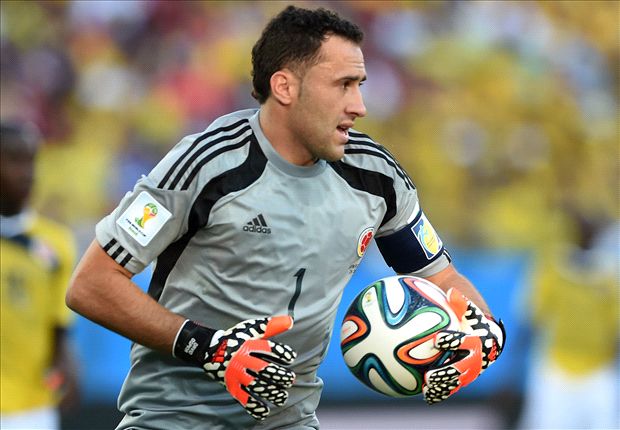 The keeper is delighted with the signings the club have made this summer and hailed his rival for a first-team berth, Wojciech Szczesny, as he looks to make his mark in England

New Arsenal signing David Ospina is confident the squad at Arsene Wenger’s disposal is capable of challenging for honours this season.

The goalkeeper is the Frenchman’s third signing of the close-season and joins Alexis Sanchez and Mathieu Debuchy through the door at the Emirates Stadium, with Calum Chambers arriving earlier on Monday.

With Arsenal ending their nine-year trophy drought last season with victory in the FA Cup, Ospina is confident he and his fellow new arrivals can bring further silverware to the club.

“I’m very confident. I believe we are putting together a brilliant squad, Gclub, with top players,” the 25-year-old told the club’s official website.

“Now we all have to be fit for the manager, and I’m confident things will go well, during games and training.

“[Alexis and Debuchy] are great players; they have both been doing very well at club and international level. It is great for Arsenal that players of this quality have joined the squad.”

Ospina was a regular during his time with Nice, Gclub, where he made 189 appearances in Ligue 1 – having joined from Atletico Nacional in 2008.

He faces competition from last season’s No.1 Wojciech Szczesny and Ospina is under no illusions as to the task he faces to play regularly in the Premier League.

“[Szczesny] is a great goalkeeper, very skilful. He has been a regular at a top side like Arsenal, Gclub, so he is quality,” the Colombian added.

“We also have the Argentine goalkeeper Damien Martinez. They are both young players but very experienced.”