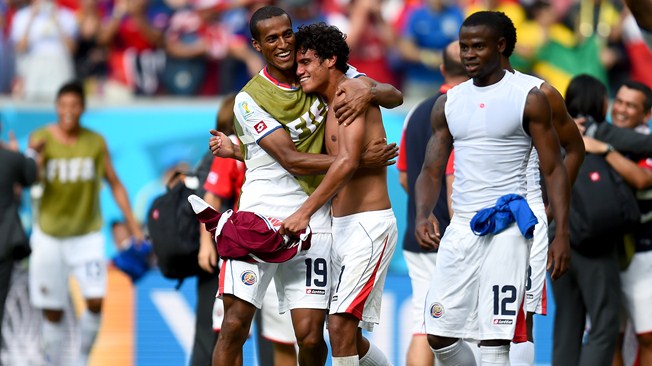 Defender Roy Miller is a doubt for Costa Rica’s historic FIFA World Cup™ quarter-final with the Netherlands on Saturday because of a left foot injury, according to his federation.

The 29-year-old, who played in the final group game, is needed by the Costa Ricans as Oscar Duarte will be suspended after his sending off in Sunday’s Round of 16 game against Greece which they won on penalties.

“The scan showed he had a slightly torn muscle in his left foot,” the federation said in a statement.

“He will not be able to train for several days.”

Miller, who plays for MLS side New York Red Bulls, is a versatile player for Costa Rica, and can play at left back or central defence.

Costa Rica will start as the underdogs against the Dutch despite having topped their group which included victories over Uruguay and Italy and reached their first ever quarter-final with a gutsy performance against the Greeks.