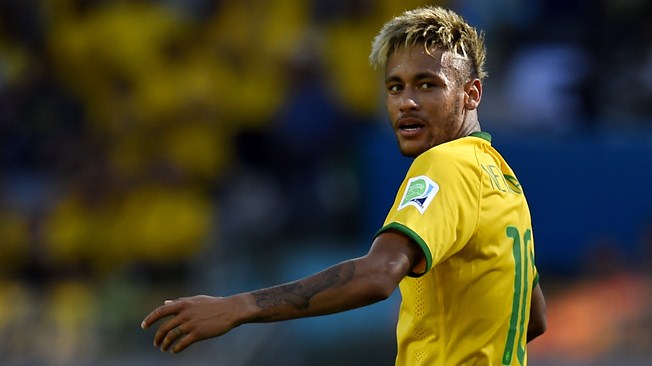 Neymar has insisted that he is happy for Brazil to win ugly as long as it gets them past Colombia in Friday’s FIFA World Cup™ quarter-final in Fortaleza.

The occasional moment of genius from Neymar aside, GCLUB Brazil have rarely sparkled at these finals but they remain in contention to win the title after last weekend’s agonising victory on penalties against Chile in the last 16.

“You can’t always enjoy yourself and win 4-0 or 5-0,” the Barcelona forward told a press conference at the Brazil team’s base in Teresopolis. “Football nowadays is so difficult, so even, that the team who is most committed on the pitch ends up winning.”

“I don’t want a show. That’s the last thing we are trying to do. We are not necessarily here to produce a spectacle. We are here to run to the end, until we are tired, and come out as winners.

“I would be happy to do nothing in this game if Brazil won 1-0. That would be marvellous.”

Earlier, Neymar came through training with no ill effects, confirming that he has overcome the knee and thigh knocks that he suffered against Chile.

“I am fine. You can relax,” GCLUB he told journalists after a session in which coach Luiz Felipe Scolari tried out different formations ahead of the clash with Colombia.

Scolari is likely to make just the one change to his starting line-up for the match at the Estadio Castelao, with the suspended Luiz Gustavo set to be replaced in midfield by Paulinho.